Universal Theme - Change
We will write a play based on the Spanish explorers.
Your play will focus on how Spain explored and claimed the land of Alta California (present-day California).
Use your StoryWorks play as a guide. 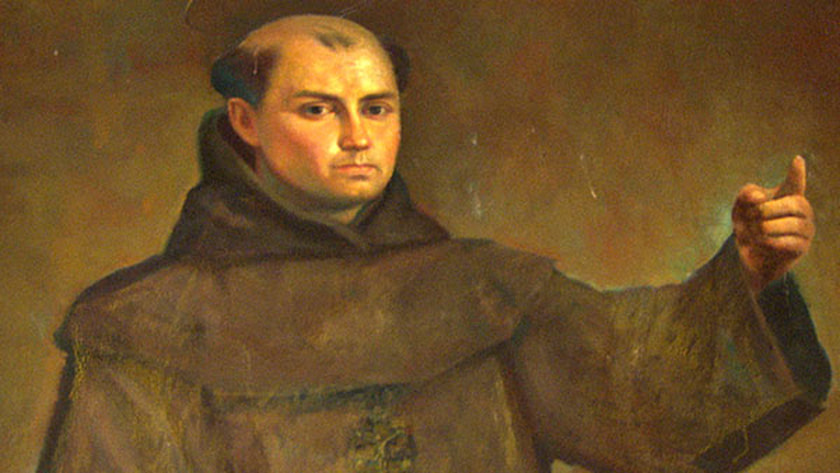 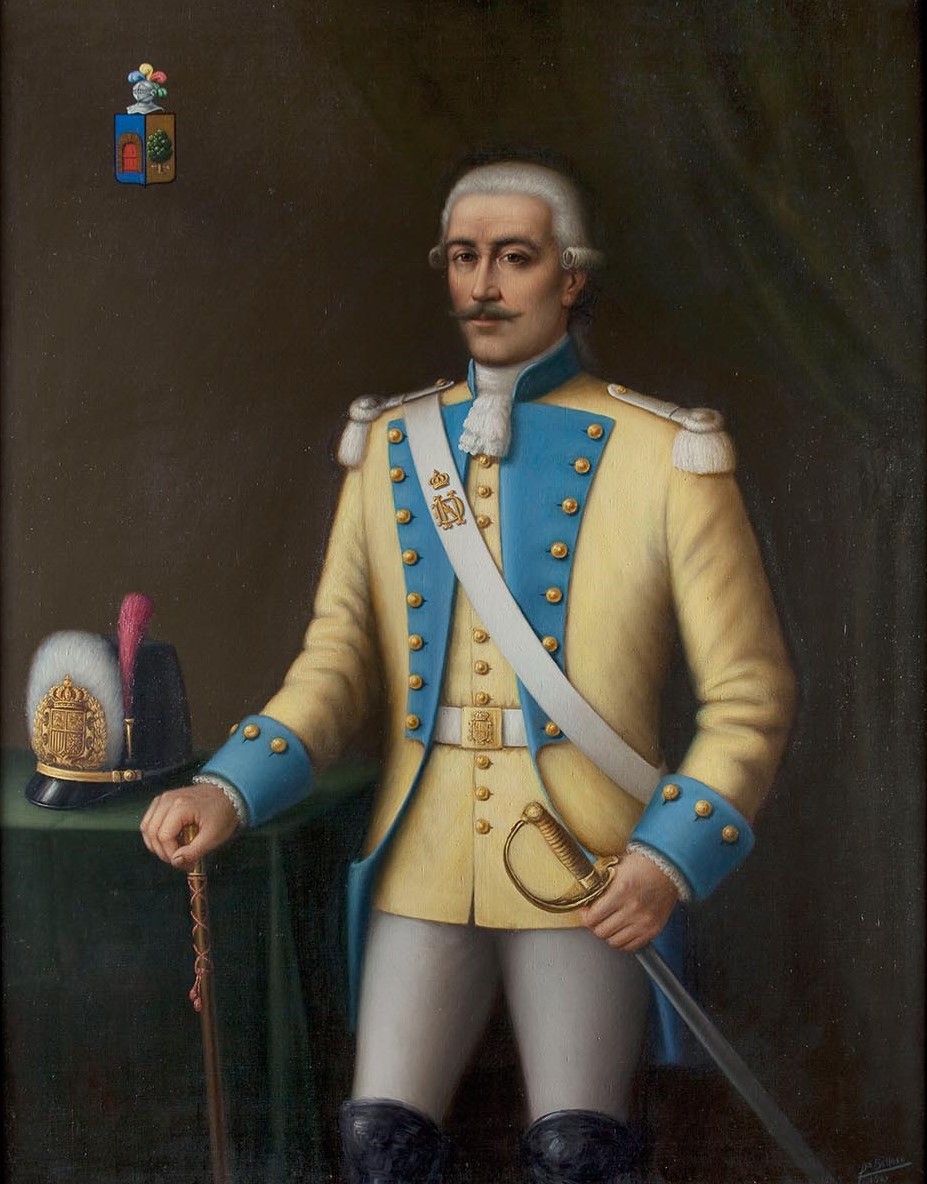 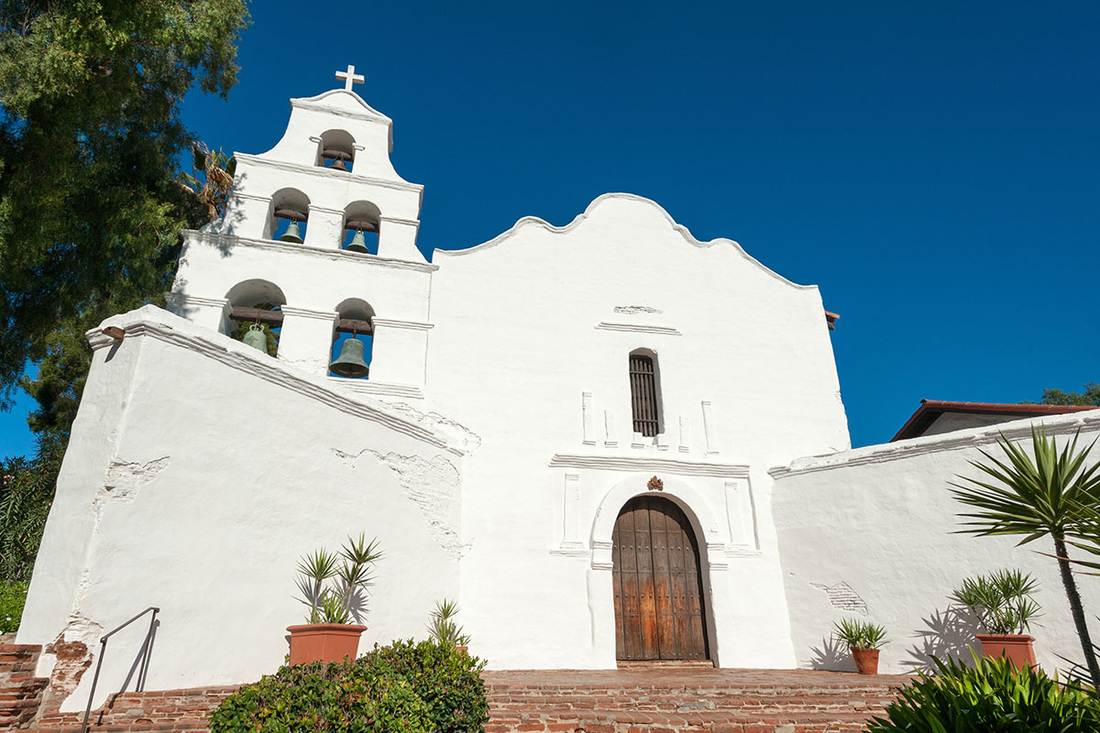 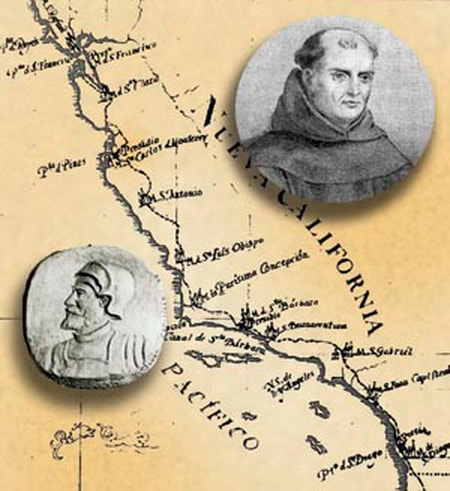 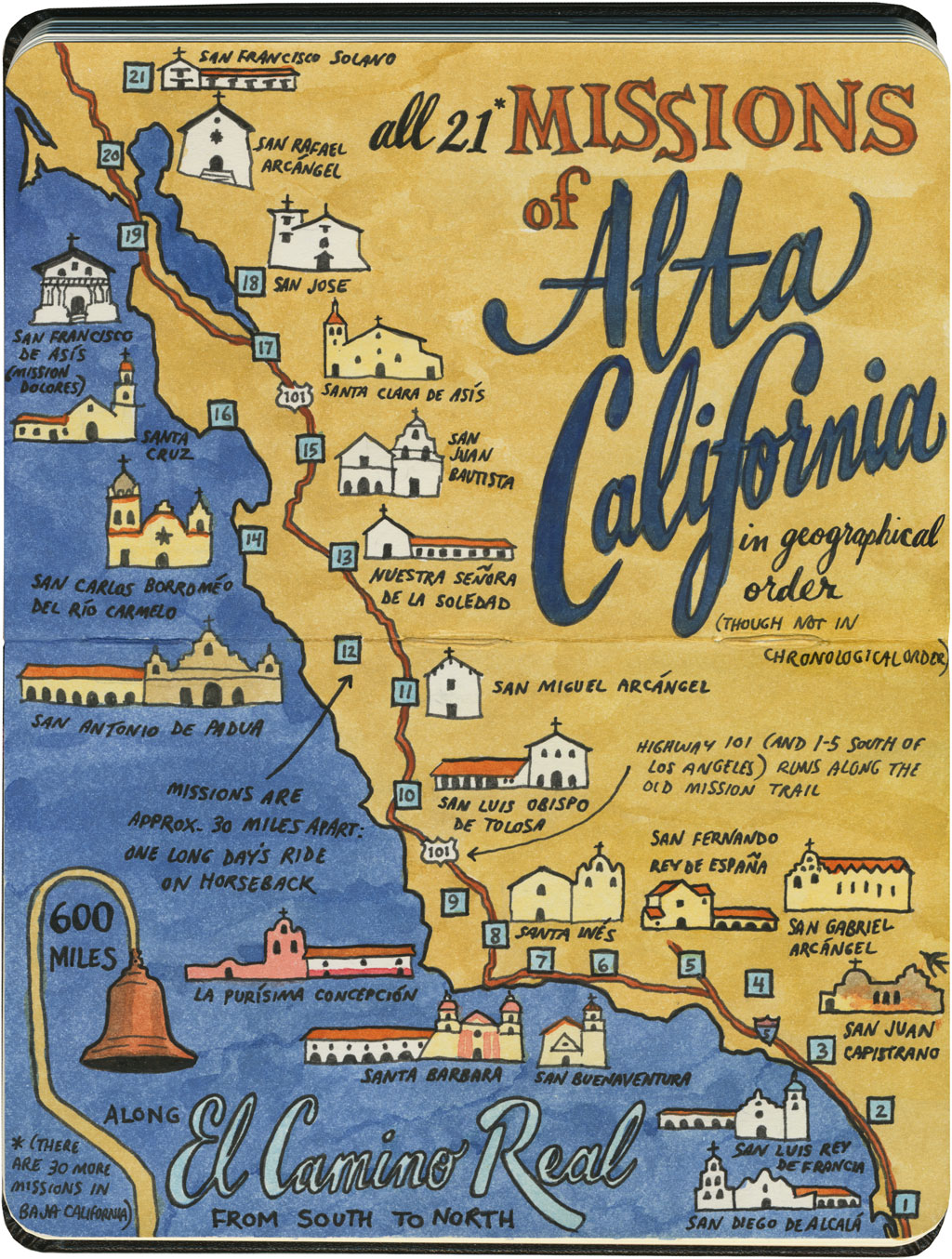 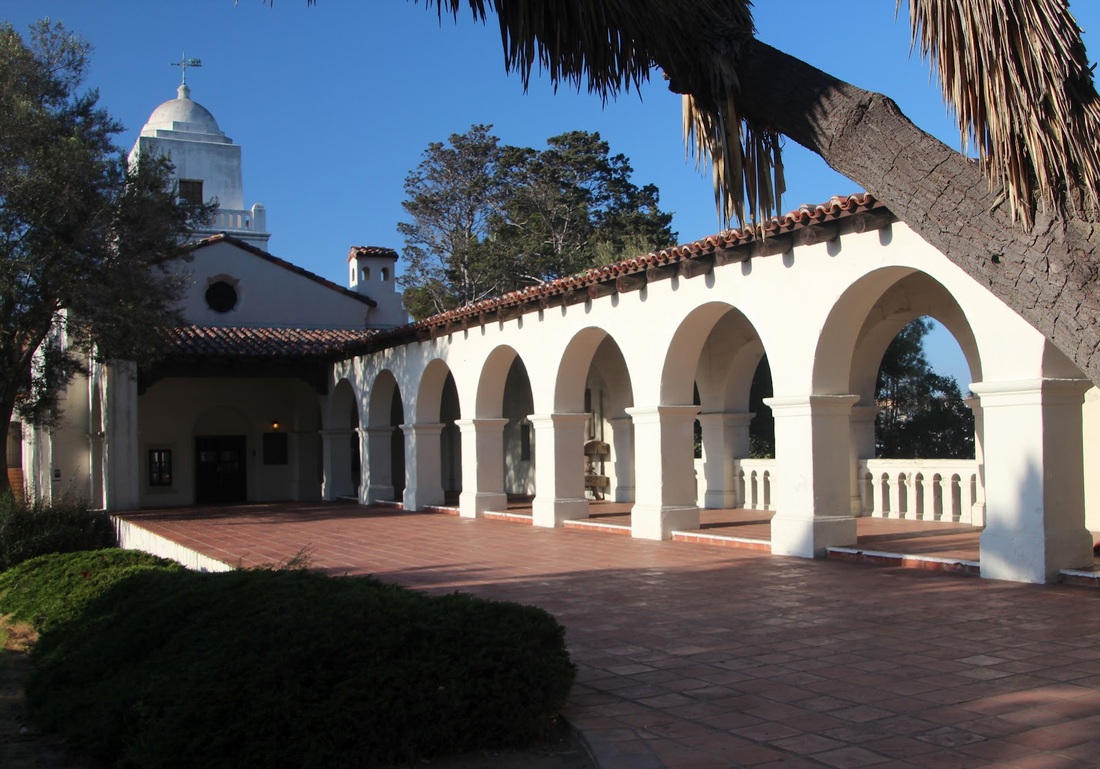 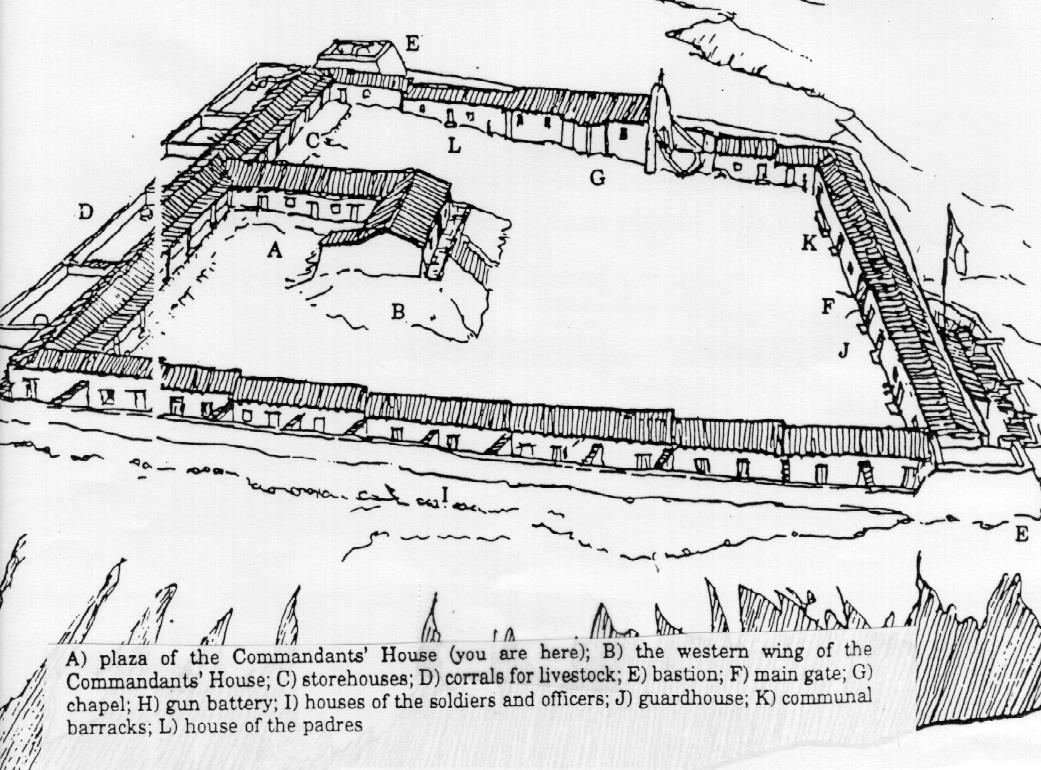 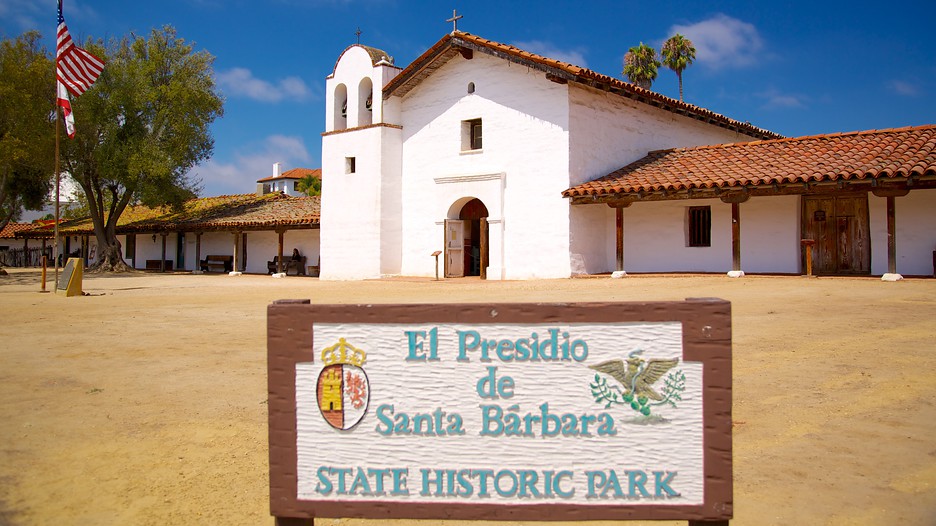 Read pages 128 - 129 in your Reflections textbook.
Write 3 sentences to answer these 2 questions using text evidence.
Add two or more pictures of California presidios when you are done.

Big Idea - Topic sentence
​
​What were presidios?
Presidios were military forts built by the Spanish near the missions or harbors to protect them.

​Why did the Spanish build presidios?
The Spanish felt that missions alone were not enough to hold their claim to California. Soldiers were needed to defend the missions from attacks from other European countries and from Indians who resisted Spanish rule. 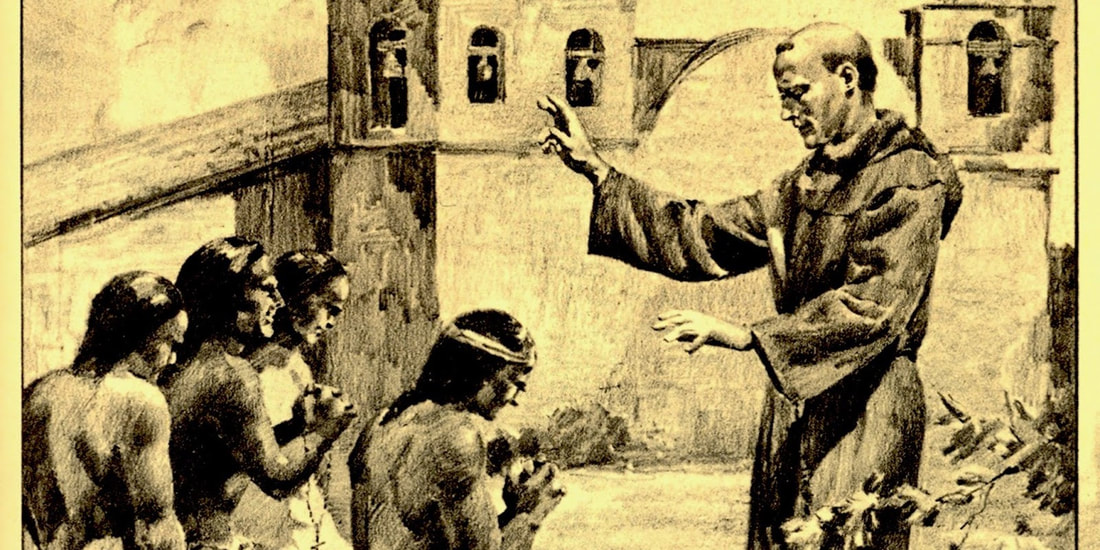 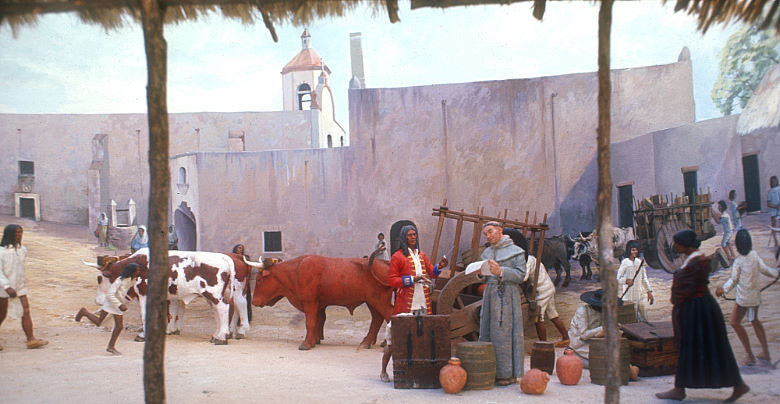 Read pages 134 - 135 in your ​Reflections textbook.
Write one paragraph about how life changed for Native Americans in the mission system.

How did the missions change life for California Indians?

​The missions changed the Indians' ways of life.

​The Spanish priests taught the native Americans about  Spanish ways of living. For instance, the Indians who had been hunters and gatherers were taught how to farm, and this changed the economy of California to one based on farming. The priests taught the natives about their religion, Christianity. In particular, Indians were no longer allowed to practice their traditional beliefs and were converted to the Catholic faith.

​For all these reasons, living on a mission changed Indian traditional ways of life forever.

Read page 136 - 139 in Reflections.
​Write one paragraph.
Add one detail sentence showing the change in Indian population before the Spanish came and the population in 1800 using the graph on page 139 of Reflections.

​Read the green box on page 110 in My World. Turn this into your conclusion.

​Valentin Lopez, a California Indian, said, "They totally destroyed our culture. They destroyed our people."
Add one picture below your writing.
Go to page 140 and 141 in ​Reflections. Add a caption to your image quoting one of the people on these pages. 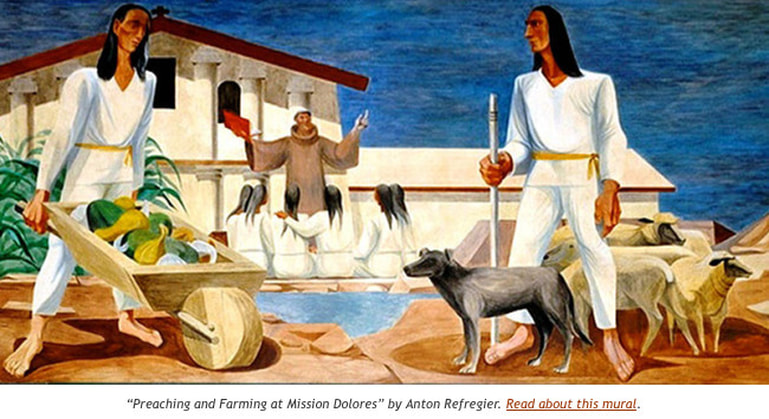 Julio Cesar, a mission Indian, stated, "When I was a boy, the treatment given the Indians at the mission was not good."
Go back and add two adjectives to your writing.
Adjectives describe nouns. They go right before a noun.
Here are some examples from page 138:
usual way                         old religious beliefs
terrible diseases               many Indians
traditional clothing            Indian villages

Add pictures of the exteriors of at least five California missions. Use your mission map as a guide.

Add a slideshow of the interior (inside) of at least five California missions.

Effects of the Mission System

What details have you learned?
​Do they form any patterns?

How should we (the USA) act toward people who have less power than us?

1. What conclusions can we make?
2. Was the arrival of the Europeans an overall positive or a negative for Indians?

Add a video about Mexican rule in California.

​California: From Mexican
​to American Control 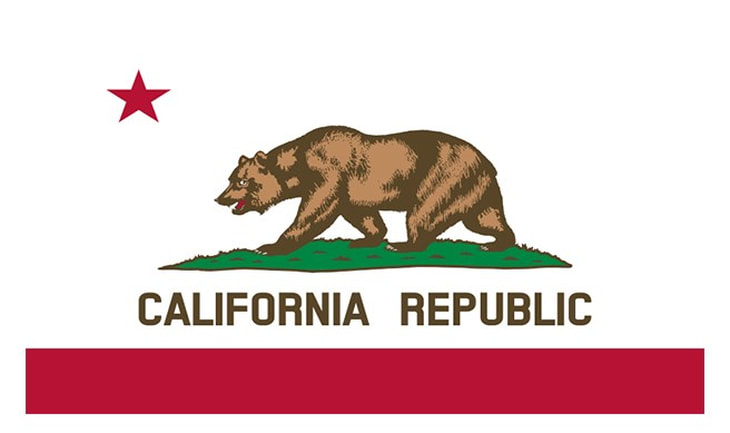 Slide 6:
Conclusion: Look at the maps on pages  218 - 219. Compare and contrast: write a key idea and two supporting details that explain what these maps tell us about the effects Mexican-American War for California.

​Add a picture of the bear flag to your website when you are done.